Defending your status as "true anarchist"

Recently, I've posted some decently re-usable material on ASC (which not everyone saw because they were posted deep in threads not many visited) that might be useful if you ever get caught in a side argument over who's a "true anarchist". The first one is in the spirit of the spam solution rejection form letter and my statist idea rejection form letter. It's a form letter to keep you from having to build up the same arguments over and over. Note that it's kind of incomplete, and could use some input on the heterodoxies of the historical "true anarchists". I know I haven't listed everything, so if you can think of anything they believed that goes outside of what the "true anarchists" say that anarchists can believe, or any kind of improvment whatsoever, be sure to bring it up, on the forum or in an email to me. I know I haven't listed everything:

You are trying deny certain

the title of "true anarchist" due to their support of:


The following "true anarchists" would disagree with you and/or support some or all of the above:

The above beliefs are legitimately within the range of anarchist thought because:

Your complaints are actually ironic because:

( ) you reject private ownership, yet claim the right to own a word.
( ) you are objecting to the non-violent actions of another, when normally you think non-violence justifies the act.
( ) you would probably consider Christians silly for claiming that their own sect was the only "true" form of Christianity.
( ) you readily admit that your system would require the agreement of a large fraction of the world while the above would not.
( ) rejecting private property ultimately justifies a "war for oil".
( ) propertarian objections to the State precede socialist objections historically (see Edmund Burke's A Vindication of Natural Society and Étienne de La Boétie's Discourse of Voluntary Servitude).
( ) declaring your allies to be enemies of the revolution is pretty Leninist.

Based on what you have posted, this is what I think of you:

( ) You need to take a less narrow view of what anarchism means.
( ) You have no right to complain, since you're a statist yourself.

The other weapon in your arsenal is the "fish story" posted in the Wikipedia wars thread. It goes like this:

For many years, the utility of fish in the oceans was rarely questioned until a seminal work, What is Sealife?, was published. In it the author, whom we'll call PP, strongly attacked sealife and advocated the extermination of it. He called himself an anicthist, from the Greek "an", meaning "absence of" and "icthus", meaning "fish".

His followers railed against fish, anemones, whales, sponges, barnacles, and many other ocean-dwellers.

Later on scientists found out that, contrary to how people used the term, a "whale" could not rightly be classified as a fish. They have hair. They breathe air into lungs. They breastfeed their young. They are warm-blooded. Their ancestors were even land-dwellers! That they happened to live in the ocean was not meaningful for scientists - they base their classifications on the structure of an organism, not where it resides.

Soon after, a new movement formed, whose proponents called themselves anictho-whalists. They considered themselves to be anicthists because of their thorough attacks on all fish. But they were very supportive of whales because, although one could easily be tempted to call them fish, they were clearly distinct.

Traditional anicthists were livid. "How can you support whales????" they asked. "You're spitting on the whole anicthist movement! Anicthists have always been strongly against all forms of sealife!"

"But," replied the anictho-whalists, "we're not claiming to be part of the traditional anicthist movement. And if you read any dictionary, which captures the normal usage of the term, you'll see we meet it because we're against fish."

"That's because any moron who read What is Sealife? is going to walk away opposing whales, and only an idiot would think PP favored whales!"

"What the hell is the difference anyway? How can you count something that LIVES IN THE OCEAN, HAS FINS, and even BREATHES UNDERWATER, as 'not a fish'?"

"There's nothing wrong with living in the ocean or having fins. It's the scales, the gills, the lack of hair that's a problem. And whales don't breathe underwater - that's a flawed inference based on a flawed understanding of an ocean tainted with fish. Just because an organism is underwater for a long time doesn't mean its breathing down there."

"Oh, and the sperm whale stays underwater for two hours without breathing, right?"

For those that don't see the parallels, here is one possible translation:

For many years, the utility of government was rarely questioned until a seminal work, What is Property?, was published. In it the author, whom we'll call PP, strongly attacked property and advocated the abolition of it. He called himself an anarchist, from the Greek "an", meaning "absence of" and "archon", meaning "ruler".

Later on economists found out that, contrary to how things appeared, laborers actually did earn their marginal value except in cases of artificial intervention. This is because if it were possible to exploit a surplus value, the labor would be bid away at a higher price. That some entrepreneurs do make profits was not meaningful for economists - they base their findings on average profit, not highest profit, which is never guaranteed.

Soon after, a new movement formed, whose proponents called themselves anarcho-capitalists. They considered themselves to be anarchists because of their thorough attacks on all rulers. But they were very supportive of private capital ownership because, although one could easily be tempted to call such owners rulers, they were clearly distinct.

Traditional anarchists were livid. "How can you support capitalism????" they asked. "You're spitting on the whole anarchist movement! Anarchists have always been strongly against all forms of hierarchy!"

"But," replied the anictho-whalists, "we're not claiming to be part of the traditional anarchist movement. And if you read any dictionary, which captures the normal usage of the term, you'll see we meet it because we're against government."

"Um, yeah. And in fact, the original anarchists, like PP, defined anarchism in itself to be anti-state, not anti-capitalism."

"That's because any moron who read What is Property? is going to walk away opposing capitalism, and only an idiot would think PP favored capitalism!"

"What the hell is the difference anyway? How can you count something that PROMOTES INEQUALITY, HAS HIERARCHY, and even REQUIRES PEOPLE TO LIVE IN POVERTY, as 'not a ruler'?"

"There's nothing wrong with inequality or hierarchy in themselves. It's the forceful imposition of them that's a problem. And capitalism doesn't require people to live in poverty - that's a flawed inference based on a flawed understanding of a market tainted by states. Just because people live under poverty now doesn't mean the capitalist is causing it."

"Oh, so the plight of the working poor today has nothing to do with, say, capitalists treating them like dirt, right?"

My vision of anarcho-capitalism is that people will typically belong to private legal systems that are attached to local communities based on private property arrangements such as condo associations or gated communities or what-have-you; some people, particularly owners of relatively large pieces of real estate, will refuse to join such covenant-based communities, but small homeowners will usually find it profitable to minimise their transaction costs by buying their water, sewage treatment, road maintainance, gardening services etc. in bulk through condo fees or similar payments to the local community. Police services will typically be provided by guards hired by the condo associations, covenant-based gated communities etc.

People do not have to join these local communities; if membership in them were compulsory, it wouldn't be a private property covenant anymore, it would be a state. You only pay condo fees or similar payments if you have voluntarily joined the community. If the payments were obligatory, they would be taxes.

The rules of these covenant-based communities are PRIVATE LAWS that you have to respect if you believe in private property rights. You can't come into the community, break the laws and say, "Screw you, I never signed your covenant!" My point is that by voluntarily entering the area governed by a private property covenant, you accept the laws that apply there. This is why there are WRITTEN LAWS in anarcho-capitalism. Any community that wishes to maintain its rules must make them explicit by writing them down in a document that is available to all those who are subject to those rules.

If disagreement about applying those rules arises, there will be COURTS OF LAW that will JUDGE the case on the basis of LAWBOOKS. If a defendant is found guilty, normally the most efficient verdict is making him pay compensation to repair the damage done, plus fines and costs of the trial. If the defendant is unable to pay compensation and fines etc., PRISON becomes necessary.

This is why a capitalist society necessarily has laws, courts of law, and prisons, QED.
Lähettänyt Mikko Ellilä klo 18:32 2 kommenttia: 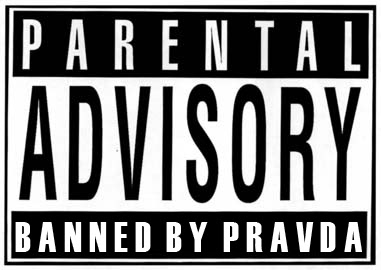